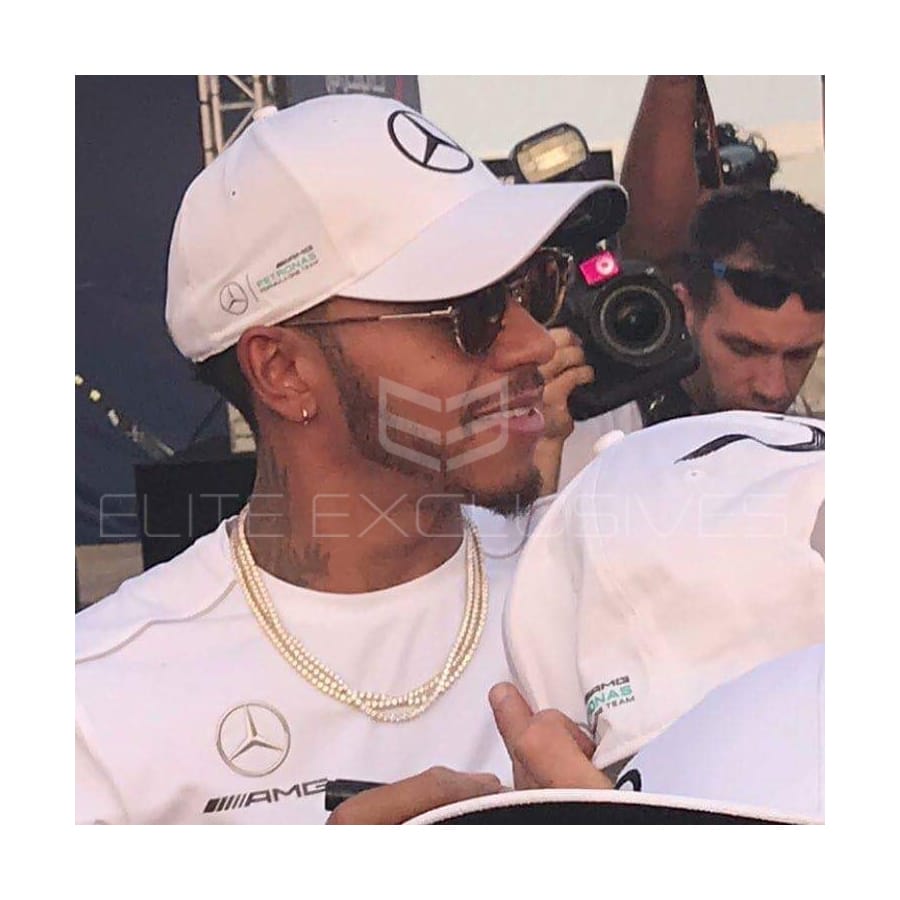 Lewis Hamilton is a British racing driver who races for the Mercedes-AMG Petronas Formula One Team.

He is a six-time Formula One World Champion, and widely regarded as one of the greatest drivers in the history of the sport.

Hamilton is regarded as one of the most complete drivers on the grid.

He is considered by some to be the greatest of all time having won his first World Drivers’ Championship with McLaren in 2008, before moving to Mercedes in 2013.

Hamilton has worn specially designed one-off helmets for several weekends throughout his career.

At ELITE EXCLUSIVES we are lucky to have a unique one of only five in existence replica of the 2018 gold helmet.

As well as having unique signed helmets from one of the greatest drivers to grace the formula one circuit, we also have Lewis Hamilton signed gloves, race worn suits and signed caps.

Lewis Hamilton collectable items are rare, and highly sought after by collectors the world over. See our selection of Mercedes signed prints, Lewis Hamiltons race boots and more.